Whether you realize it or not, music is the soundtrack to your life. The music you choose is going to determine your mood and some life decisions because you respect the artist and what they have accomplished. This makes music even more important than you might think. However, if you really want to take it to the next level, then you need to see your favorite artist(s) at a live music venue.

Since you’re not the type of person to go at anything half speed, if you’re going to see your favorite artist, then you might as well go all-in and make it one of the best live music venues in the country. The shortlist of six venues below will lead you in the right direction. This list is primarily based on acoustics and atmosphere.

Red Rock is magical. Unfortunately, it’s not something that can be explained through words. You have to be here to understand it. What’s really crazy is that you can feel this energy during the day when there’s no music. At that time, you will find people exercising on the stairs, reading a book, or kicking back and enjoying the scene. For the ones that are kicking back, it’s as though they’re enjoying a concert that isn’t taking place, but they can still feel it, see it, and hear it.

Maybe this has to with Red Rock being a natural venue. No other venue in the country gets closer to Mother Nature. To that point, Creation Rock and Ship Rock control acoustics. In fact, the acoustics are so good that U2, Incubus, Dave Matthews Band, and Neil Young all recorded music here.

Let’s just call it Jones Beach. This is an outdoor venue with a capacity of 15,000. Part of this venue’s appeal is the bay behind the stage and the ocean behind the seats. You can only see the ocean if your seats are high enough. And there is nothing wrong with the high seats because there is no bad seat in the house. Just dress warmly at night. Also, go early for good parking. Despite a decent-sized capacity, this venue has an intimate vibe. You might see acts like…

You’re not likely to see your favorite artist here because this is where new performers get noticed. This was the case for Santana, The Grateful Dead, Jimi Hendrix, and many more.

The Fillmore West in San Francisco opened in the 1960s but closed in 1971. It didn’t reopen–with a bang–until 1994 when 4 Non-Blondes and The Smashing Pumpkins tore the roof off—figuratively speaking.

The Bowery Ballroom was originally built in the Roaring 1920s, and it only has a capacity of 550. This makes it difficult to score tickets. But if you do, you’re going to enjoy the best sound system in NYC. The balcony views are also epic. Popular artists like to play here and do unique things on stage, but not many get to see it. If you have a chance, go for it.

First Avenue is located on the corner of 1st Avenue and Downtown Minneapolis and has a capacity of 1,500. It was originally a bus station in the 1930s. In the 1970s, it turned into a nightclub. When it became a music venue, it only took one act to put it on the map forever, which was a 1981 performance by Prince. This is now a legendary live music venue. 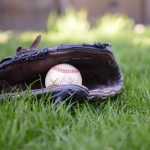 Here are Some of Our Favorite Baseball Players of All Time 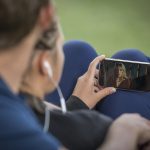